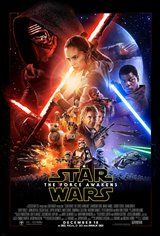 Thirty years after Return of the Jedi, Luke Skywalker (Mark Hamill) is missing. A Resistance pilot (Oscar Isaac) is given a map to find Luke, and before he's captured by the First Order, he gives the map to BB-8.