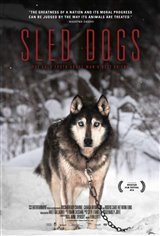 In many commercial dog sled companies, dogs are continually tethered to a chain and euthanized when they’re deemed no longer useful. In 2011, the public finally learned this disgusting truth after in incident in Whistler, B.C. where 100 dogs were brutally murdered and thrown into a mass grave by a tourism company after an unprofitable season.

Sled dog companies and the B.C. government decried the practice, claiming it to be an isolated occurrence; but animal rights activists maintain that this practice is pervasive throughout the entire industry. This explosive documentary weaves together various characters and narratives to explore a truth about the dog sledding industry while posing the question: "Is the abuse seen against “man’s best friend" disguised as entertainment?