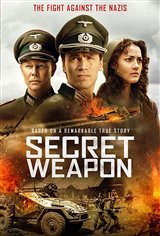 In the midst of World War II, a powerful secret Soviet rocket launcher is accidentally left behind during an unexpected retreat of Russian troops. Since it would be lethal if the launcher got into the hands of the Germans, a special operations unit is sent to retrieve the launcher, and to ensure Germans can never find and use it to win the war.