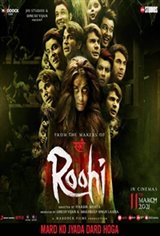 Set in a fictional town of North India, Roohi is a horror-comedy about two small-town boys, Bhaura and Kattanni played by Rajkummar Rao and Varun Sharma, who come across a girl called Roohi, played by Janhvi Kapoor.Due to strange circumstances both the boys are stuck with Roohi in a forest.

Bhaura falls in love with Roohi but the twist in the tale happens when they realize that Roohi has a split personality and her other personality in the same body is called Afza. If Bhaura likes Roohi, then Kattanni starts liking Afza! But Roohi and Afza are the same person.