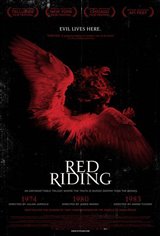 The first entry in an ambitious, dark, and thrilling trilogy of interlinking films set in Yorkshire in the 1970s and 80s.

1974: Yorkshire—a time of paranoia, mistrust and institutionalized police corruption. Rookie journalist Eddie Dunford is determined to search for the truth in an increasingly complex maze of lies and deceit that characterizes a police investigation into a series of child abductions.