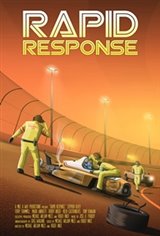 In 1966, medical student and racing fan Stephen Olvey gets the opportunity of a lifetime when he is asked to volunteer at the Indianapolis 500 on their medical team.

What started as fun insider view of a sport he loved quickly devolves before his eyes as he sees the level of medical support given to the drivers, whom he has befriended, is terrifyingly non-existent. After feeling helpless at the scene of what turns out to be a fatal accident.

Dr. Olvey sets off on a mission to build a team to apply science to transform motorsports from the most fatal form of sport to one of the safest. Over the next 30 years, they succeed and the science that they develop influences modern trauma medicine, the United States military, NASA, and the passenger cars we drive today.

This is the true story of the most fatal era in Motorsports and the Indy 500 doctors who pioneered safety and helped the drivers to cheat death.