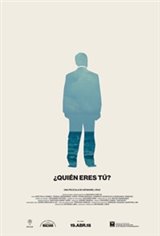 The following is a story about a couple who lived together, like many other married couples, for more than fifty years. They shared the problems and difficulties inherent in their lot but still managed to remain together, and in that process, raising their six children.

One may call it a love story but more than that, it is a saga of love in the face of the onset, progress, and end of a dehumanizing illness. Like with other afflictions its cause is unknown, its treatment merely palliative and its course inexorable until death. The illness lasts an average of seven years. Its symptoms are insidious and progressive.

For a lay observer they are difficult to appraise their effects on the behavior of the loved one. The patient becomes forgetful, loses affect, the facial expression is sluggish, and the gait difficult or erratic. Memory fails from the present into the past.

For that reason he or she feels more comfortable recalling the far past while visiting their parents or childhood friends. Their distant past becomes their present. Until now, there is no cure for this condition that generally starts after the sixtieth year.

In my wife the first symptoms appeared at 58 years of age and progressed rapidly even though she received the drugs treatment available. She died eleven years later at 69 years of age. The deterioration of cognitive processes results in the presence of a body in the absence of the mind. The subject cannot manifest herself, can not express her feelings.

She needs assistance in her most basic requirements and returns to childhood although she may retain the capacity to express love and kindness. We end up with a body without remembrance, a body without a cast shadow. Who are you? is an obligatory question made by the patient to their spouse or caregiver.

The objectives of the movie are two: first to educate the relatives and caregivers of patients with Alzheimer's disease so that do no antagonize or discuss with the patients, what the patient says is his reality, nobody can change it.

The second objective is to demonstrate what could be the behavior of the healthy spouse in regard to his/her social, moral, intellectual and sexual behavior in society. This I have never seen in any other book or picture about Alzheimer's.