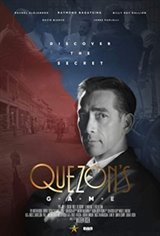 Philippines, 1938. While the nation is preparing to gain independence from the United States, its first elected president, Manuel Quezon, has decided to open the door to thousands of European Jews threatened by the Nazi regime. Supported, among others, by Dwight Eisenhower, the future president of the United States, Quezon begins a long fight to obtain visas for these refugees. He then has to overcome various administrative obstacles and fight his many political detractors.