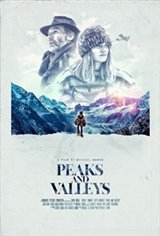 Wrapped in plastic and thrown from a plane into a rural Alaskan lake would usually mean the end of the story. For Bailey, it's just the beginning. Waking naked, battered and horrifically traumatized, she finds herself trapped in a secluded cabin somewhere in the wilds of Alaska.

Her only company, Jack, is a hard nosed man of few words who makes no question of his desire to be left alone. With winter taking its grip on the surrounding wilderness, Bailey must overcome the aftermath of her ordeal and survive long enough to make it home. With Jack as her only aid, she soon suspects that his secrets were never meant to leave the cabin.