Nobody Else But You 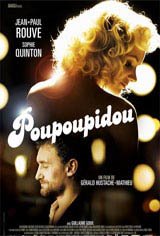 Born in Mouthe, a small town of 921 inhabitants, it didn't take long for Martine Langevin, using the stage name Candice Lecoeur, to become a celebrity in the region. Her blonde hair and voluptuous figure landed her a job as a weather girl at a local TV station. She's found dead, half buried under the snow. David Rousseau, a successful author of detective novels, becomes interested in this mysterious death, classified as a suicide by the authorities. Convinced that the story could be a great plot for his next book, the author traces the major stages in the life of Martine. He's soon struck by the similarities between her fate and that of Marilyn Monroe.