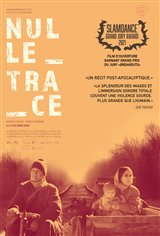 In the near future, during a climate of desolation, N smuggles refugees across the border. When her vehicle full of refugees is stolen, N takes refuge in an abandoned house. Nearby, on the frozen ground, she discovers a young refugee she was transporting, who has been beaten and left for dead. A little further on, when N comes across the young woman's dead baby, N retraces her steps and takes the mother to her makeshift shelter. Suspicious, the woman refuses to be helped by someone she believes to be a traitor. The mother lives only to find her child, whom she believes to still be alive, and her husband, whose corpse was found by N in a neighboring stream.