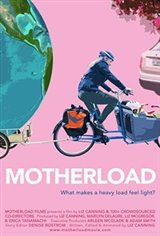 MOTHERLOAD is an award-winning crowdsourced documentary about a new mother's quest to understand the increasing isolation and disconnection of the digital age, its planetary impact, and how cargo bikes could be an antidote.

Filmmaker Liz Canning cycled everywhere until she had twins in 2008. Hauling babies via car was not only unsustainable but took the freedom and adventure out of life, and Liz felt trapped. She Googled family bike and uncovered a global movement of people replacing cars with cargo bikes: long-frame bicycles designed for carrying passengers and heavy loads.

Liz set out to learn more, and MOTHERLOAD was born.