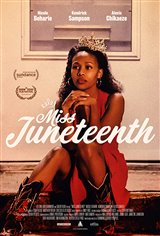 Single mother Turquoise Jones (Nicole Beharie) is a former beauty queen, having won the local Miss Juneteenth pageant in Fort Worth, Texas years earlier, which came with a full scholarship to college.

Even though her 15-year-old daughter, Kai (Alexis Chikaeze), has no intention of following in her mother's footsteps, Turquoise enters her in the same pageant. Turquoise never had a chance to use the scholarship, because she found out she was pregnant with Kai. She dropped out of college and worked as a stripper, but she wants a better life for her daughter, who would rather pursue a career as a dancer.