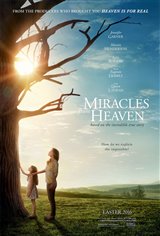 It’s a seemingly ordinary day as Christy Wilson Beam performs her usual household chores around her family’s home in Burleson, a suburb of Fort Worth, Texas. But as she’s in the midst of doing laundry, her daughter Abby interrupts her with alarming news: her nine-year-old sister Annabel has fallen 30 feet down a hollow cottonwood tree.

As Christy rushes out to the tree where her youngest daughter, Adelynn, is frantically trying to devise a rescue plan, she realizes the gravity of the situation. Anna, already in a weakened state as a result of two rare life-threatening digestive disorders, plummeted down the tree trunk head first while trying to climb it. The chances of her daughter surviving the fall unparalyzed are slim.

Emergency crews arrive, retrieve Anna after six hours of effort and transport her to the nearest hospital via helicopter for treatment where tests prove she is unharmed. Aside from light bruising, she sustains no injuries. With the passing weeks, it also becomes clear the aggressive disorders Anna was plagued with are subsiding. Eventually, she is pain-free, leaving doctors speechless. Christy is similarly at a loss for words until Anna begins recounting a brush with Jesus at the base of the tree, and soon enough, one explanation for Anna’s survival and spectacular recovery emerges: holy intervention.

Anna’s startling accident and inexplicable healing occurred in December 2011. News of her miraculous story spread, gripping the public and making her young life the subject of wide interest.

When Anna was five, she was diagnosed with pseudo-obstruction motility disorder and antral hypomotility disorder, both digestive disorders that blocked her intestines. She lived in near-constant pain, made regular trips to the hospital, underwent invasive testing and received only marginally effective treatments. Her agony was quelling her naturally jovial spirit, and in the same year as her accident, she confessed to Christy she wanted to die.

In an April 2015 interview with The Gospel Herald, Christy recalls the distressing discussion with her daughter, which happened shortly before that fateful December day.

“When Annabel was 9, she had given up … She told me, ‘Mommy, I wanna die. I wanna go to heaven and live with Jesus where there is no more pain.’ I was shocked. I said, ‘Annabel, you know I would be devastated – you can’t do that.’ She had thought it through, she had a plan at just 9-years-old, and that terrified me. She said, ‘No mommy, you kill yourself too, you can come with me, and daddy can take care of my sisters.’ Annabel was done fighting … She had been hospitalized for a total of 60 days in 2011.”

But after being put on as many as 10 different types of medication per day, she found her cure in the most unexpected place.

As Anna hit the ground following her descent, she entered a state of unconsciousness. It’s during this period Anna claims she was transported to Heaven where she sat in Jesus’ lap.

According to an April 2015 online post by Redbook Magazine, she says, “He had a beautiful long white robe, dark skin and a big beard – kinda like Santa Claus, but not really.” She adds that she also saw her great-grandmother Mimi, who died in 2010 after surgery on a blocked intestine.

In an exclusive March 2016 interview with Entertainment Tonight, Anna also admits, "Heaven was very bright and it was very peaceful. There was no pain, and that's why I wanted to stay." She says she asked the purple sash-wearing Jesus if she could remain in Heaven, but he denied her request, saying, "No, Annabel, I have plans for you on Earth that you cannot complete in Heaven, but whenever the firefighters get you out, there will be nothing wrong with you."

When she woke, Anna says she saw a fairy-like guardian angel who kept her company until she was rescued. As Anna says, “The angel stayed with me the entire time, shining a light so I could see. We didn’t talk. We just sat together peacefully.”

Now a happy and healthy teenager, Anna is free of the misery she endured for years. As a reminder of her illnesses and the extraordinary event that relieved her of discomfort, her family preserves the tree that brought her a new lease on life.

In an April 2015 interview with the Fort Worth Star-Telegram, Christy says her husband Kevin, who is Anna’s father, carved a cross at the base of the tree Anna fell into. She calls it, “A symbol of both suffering and salvation.”

She adds, “Less than two months ago, on a day when we had high, strong winds, the tree fell over. It literally snapped in two. It broke right above where he had carved the cross into it. That part has been cleared away. But the part from the cross down, that’s still standing.”

Around the same time of Christy’s interview with the Fort Worth Star-Telegram, she released a book about Anna’s experience, which she describes as, “A dark twist on Alice tumbling down the rabbit hole.”

Both Christy’s book and a film chronicling Anna’s accident are called Miracles from Heaven. The movie stars Jennifer Garner as Christy, Martin Henderson as Kevin and Kylie Rogers in the role of Anna. Queen Latifah also appears.