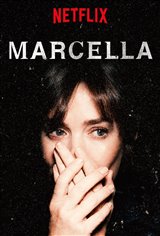 Marcella works on a serial killer case, which seems to be connected to the three unsolved Grove Park murders from 2005. When Grace, the woman Jason has been having an affair with, is murdered, Marcella is afraid she might be involved as she has been having occasional blackouts.

In season 2, Marcella investigates a serial killer who targets young children. She also has to deal with her ex-husband Jason, who is now engaged to his rehab nurse. She realizes she has to fight him in an ugly custody battle for their two children while her blackouts continue.

In season 3, Marcella has assumed a new identity and is working undercover in Northern Ireland, where she spies on a wealthy family who's running a shady business.