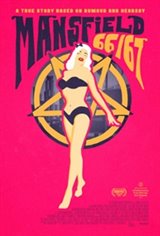 From the producers of ROOM 237, a super Hollywood Babylon-style documentary about the final years of movie goddess Jayne Mansfield's life and untimely death. Was that ill-fated car crash really caused by a curse after her alleged romantic dalliance with Anton LaVey, head of the Church of Satan?

Packed with fabulous talking heads and dazzling clips from the Marilyn-in-Waiting's film career, this is a quintessential look at the 50s tabloid star as a precursor to the feminist advances of the 1960s, as a woman who tested the limits of then acceptable female behavior and as 'the first reality TV star'.