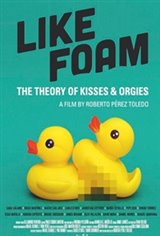 Milo's old flame Mauro drops in, still carrying the torch, mixed in with an even larger cast of innocents, jaded partiers, and gender bending standouts. In the end, everyone is stripped bare (in both senses of the word) to their true, and sometimes surprising, selves.