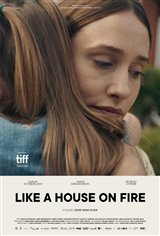 After two years of absence during which she was undergoing psychiatric therapy, Dara returns to finds that her four-year-old daughter Isabelle doesn’t recognize her and her husband Danny is now in a relationship with Thérèse, who is seven months pregnant. Although still fragile, Dara, who was herself abandoned by her mother at a young age, tries to regain her place in her family, demonstrating that she is now able to take care of her child. But Danny, who has rebuilt his life with another woman, tries to discourage her.