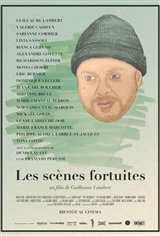 A young idealistic filmmaker, Damien Nadeau-Daneau is making his first feature film, an "intelligent comedy" starring French actor Denis Lavant. But the production is plagued with failure and extra costs.  When the film is finally in post-production, Damien struggles to finish editing. But to make matters worse, the producers who seemed interested in the film drop him. Finding himself without a contract, Damien accepts a job as a writer for a comic video show. Unhappy with the way his life has turned out, he counts on support from his sister Vicky to cheer him up, especially when their mother marries a man younger than him.