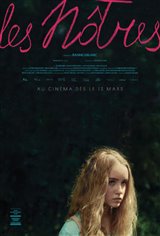 Magalie, 13, refuses to name the father of the child she is carrying. Quickly, suspicion falls on Manu, a teenager of Mexican origin, who lives in a foster family with his younger brother at the home of the mayor of the small municipality of Sainte-Adeline. Already affected by the loss of her husband, which occurred five years earlier during a landslide that caused other deaths in the community, Isabelle, Magalie's mother, tries in vain to get her daughter to confide in her. When she’s unsuccessful, she calls in a social worker, hoping a professional may be able to get Magalie to talk.