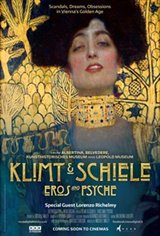 As the roar of the First World War cannons is dying out, in Vienna, the heart of Central Europe, a golden age comes to an end. The Austro-Hungarian Empire is beginning to disintegrate. On the night of October 31st, in the bed of his home, Egon Schiele dies, one of the 20 million deaths caused by the Spanish flu.

He dies looking at the invisible evil in the face, in the only way he can do: painting it. He is 28 years old. Only a few months earlier, the main hall of the Secession building had welcomed his works: 19 oil paintings and 29 drawings.

His first successful exhibition, a celebration of a new painting idea that portrays the restlessness and desires of mankind. A few months earlier, his teacher and friend Gustav Klimt had died. From the turn of the century, he had fundamentally changed the feeling of art and founded a new group: the Secession.