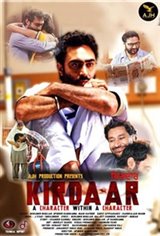 Diverging from the typical film opening, this story centres around the friendship between Nishawn: a struggling singer, and Josh: a struggling writer, both of whom are arduously pursuing their big break. As the plot unravels, it is clear that there is much more than meets the eye, with an air of mystery surrounding Nishawn's story.

The film awakens a genre that has not been confronted before in Punjabi cinema. Viewers will be left perplexed at what unfolds before their eyes. This is a poignant production about hope, ambition, friendship, love and the human condition. A film where all is not what it seems, leaving viewers mystified.