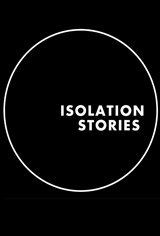 This series of four short episodes show a variety of people in Britain in isolation during the coronavirus pandemic and the experiences they go through. The series was shot while in isolation, entirely by the actors and their families with remote direction — conditions that have never been executed before.

The first is about a pregnant woman, Mel (Sheridan Smith), who lives alone and doesn't have anyone to be with her during the birth.

In the second, a widowed man (Robert Glenister) has a nasty cough and fever. He's being looked after by his adult son, Russell (Tom Glenister), who is afraid his dad has COVID-19.

The third is about a hypochondriac (Darren Boyd) who has a video session with his therapist (Angela Griffin).

The fourth is about a father (Eddie Marsan) who's self-isolating with his two minor sons (Blu Marsan, Bodhi Marsan). His wife left him for another man and when her father keeps appearing in the backyard to entertain the boys through the glass doors, it makes him angry.