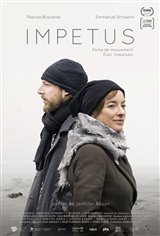 A filmmaker with a broken heart decides to use her own personal drama to make a film about the feeling of emptiness she’s experiencing. Using her savings, she starts filming a feature length drama with the help of some of her acquaintances.

The movie follows Rodolphe Garibaldi, a young Quebecer without ties, who agrees to temporarily move to a large loft in New York to take care of a lizard whose owner has gone on a trip. However, the filming proves to be chaotic with many delays, forcing the director to make a painful compromise.

And when her actor quits to take on a more lucrative contract, she rewrites her script and asks an actress friend to take over the role.