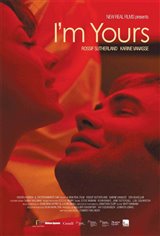 On his 30th birthday, Robert realizes he's disillusioned with his Wall Street existence and leaves everything behind. While celebrating that night at a bar, he spots beautiful Daphne and they hook up.

After an ecstasy-fueled night of sex in a roadside motel, Robert wakes up with a bad hangover. He finds himself in the passenger seat of his own car, crossing the border into Canada. Not only that, but while he was asleep, Daphne found his large stash of cash.

Desperate to make things right in her own life, she blackmails him into pretending to be her fiancé and into spending the weekend with her family in a small northern Canadian town.

But the line between truth and fiction soon blurs for Robert and Daphne.