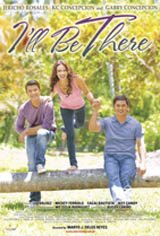 New York-based Maxi/Mina dela Cerna (KC Concepcion) is an up-and-coming fashion designer who has been sponsored to open up her own boutique. Her recently deceased mother left her with a piece of land in the province, part of the conjugal property she shared with Poch, and Maxi hopes to liquidate the land to pay off her debts. She is now forced to return to the Phillipines to meet her estranged fahter, Poch dela Cerna (Gabby Concepcion). But this would mean having to spend an entire month with her father, a man she hated from the time he walked out on her and her mother fifteen years ago, after he was unable to cope with the American lifestyle and opted for a simpler one in his province. The uptight and guarded Maxi struggles to immerse in the farm life, and meets Tommy Santibañez (Jericho Rosales), her childhood friend who is mending his immature ways for his seven-year-old son.

Through Tommy, Maxi/Mina learns to open up, allowing herself to love the town, its people, and eventually, Tommy. But as she slowly begins to reconnect with Poch, Maxi/Mina is faced with the ghosts of her past, the mistakes her father made that she never forgave him for. And in the growing attachment she has gained for the land and its people, will Maxi/Mina be ready to sell the property and give it all up to return to New York, settle her debts, and go back to the life she once had?