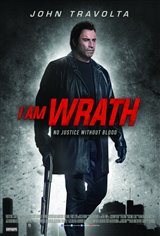 Unemployed engineer Stanley Hill (John Travolta) has a loving wife named Vivian (Rebecca De Mornay) and a beautiful daughter named Abbie (Amanda Schull). However, this ordinary life is turned upside down when he and his wife are brutally attacked in a parking garage by a group of thugs. Vivian ends up dead, and Stanley is wracked with guilt at not having been able to protect her.

Stanley begs Detective Gibson (Sam Trammell) to help him find the thugs, but Gibson and his corrupt law enforcement agents refuse to help. Desperate, Stanley enlists his friend Dennis (Christopher Meloni) and all the firepower they can find in order to track down the killers and finally get rightful vengeance for his wife's untimely murder. As the mayor and his constituents publicly preach the lowering crime rate in the city, Stanley knows this isn't the case. He's living proof of why crime is still alive and well.