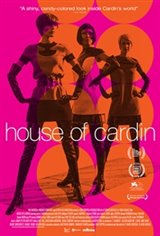 Born in Italy in 1922, Pierre Cardin moved to Paris at the age of 24 to become a tailor; first at Paquin, then at Dior. His first major achievement was creating the costumes for the 1946 film Beauty and the Beast, a masterpiece by director Jean Cocteau. Quickly, he founded his own haute couture house with only one idea in mind: to liberate the female body. By the 1960s, Cardin was already one of the most influential designers of his time. A visionary, he invented ready-to-wear and futuristic fashion, developed a very lucrative licensing system and revolutionized the practices of the community by hiring Black and Asian models. He even embarked on catering, buying the prestigious Maxim's, then made the leap into cultural patronage by creating the Espace Cardin. At 96, he looks back on the main stages of his career, in the company of collaborators, journalists, stars and some of his followers.