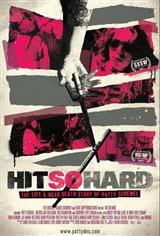 In 1977, when she was just 11, Patty Schemel received a drum set as a gift. Influenced by punk and rock, at the age of 20, Patty joined Seattle grunge movement group Doll Squad. Her performances attracted the attention of Kurt Cobain and his wife, Courtney Love. The latter invited Patty to join her new band Hole, and shortly thereafter they achieved worldwide success. During the '90s, Patty became one of the few rock artists to openly reveal her homosexuality. Plagued by alcohol and drugs, she left the band in 1998 and worked as a prostitute before getting her life back in order.