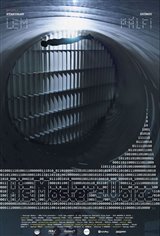 Péter (Csaba Polgár) is about to become a father, but because his own mathematician father disappeared almost four decades ago, Péter and his disabled younger brother Zsolt (Ádám Fekete) always wondered what happened to him.

Péter spots his father's likeness in a documentary about mysterious incidents in Colorado that took place in 1982. He travels to the U.S. with his girlfriend Dóra (Diána Magdolna Kiss) and tracks down the filmmaker of the documentary, which leads him to find his father, Hogarth (Eric Peterson), now a university lecturer with a new, American family.

However, he also finds himself in the middle of a military cover-up that involves spontaneous human combustion and transmissions encoded in gamma ray bursts.

Based on the novel by Stanislaw Lem.