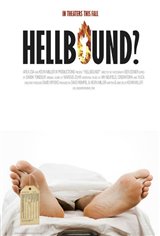 A documentary that explores today's highly contentious debate over the Christian doctrine of hell, asking "Does hell exist? If so, who ends up there, and why?"

Certain depictions of hell—fiery pits, scorching hot flames, screams of agony—have gripped us for centuries. But this traditional view of hell also poses the question, how can an all-loving creator like "God" inflict such torture on people for an etertnity? For many, it seems to be one or the other. We either have this traditional view of hell, or we have a good God, but we can't have them both.

The movie features interviews with an eclectic group of authors, theologians, pastors, social commentators, musicians, exorcists and other high profile participants in the debate.

Opens October 12 in Vancouver and Langley, followed by Calgary, Edmonton, Winnipeg, Saskatoon and Regina on October 19, and expanding to Toronto, Montreal and Ottawa on October 26, with additional markets to follow.