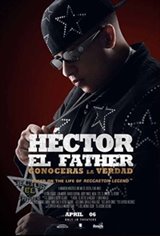 In the highlight of his career, Héctor "El Father" legitimizes his musical career as the most important exponent of the urban genre. His success in the musical environment was overshadowed by his life offstage, his personal relationships and street life.

However, despite fame, money and power, his internal struggles threatened to destroy him and hurt everyone around him. Now, he must make one of the most important decisions in his life: whether to continue on the path that assures death or make a decision that will change his life completely.

Hector El Father Conoceras La Verdad is a family film based on the life of Hector Delgado, known in the music industry as "El Father". He tells the story of his beginnings, his musical revolution and why he left everything on his musical career.