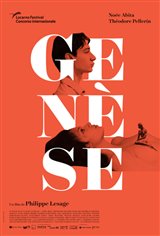 Guillaume, a 16-year-old private boarding school student who’s the class clown, is popular on a superficial level with his peers, but his only real friendship is with Nicolas. Guillaume struggles to hide his attraction to Nicolas, but when his friend becomes aware of it, he rejects him. Wounded, but convinced of the purity of his feelings, Guillaume goes so far as to confess his love for Nicolas in front of their classmates and their scornful teacher. Meanwhile, Guillaume’s 18-year-old stepsister, Charlotte, is taken aback when her geeky boyfriend suggests they should have an "open relationship." She quickly dumps him for the older and more athletic Theo, but he turns out to be just as much of a disappointment.