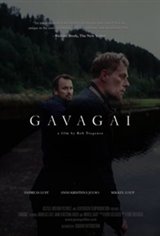 Andreas Lust ( Revanche ) plays Carsten Neuer, a grieving husband whose wife had been translating Vesaas' poems into Chinese before her death. Neuer travels to Telemark, Vesaas' home turf, partly in the hopes of finding a fitting resting place, and partly in an attempt to come to terms with his grief.

Immense care has been taken to set up a field of resonances between this storyline, Vesaas' writing, and the Norwegian landscapes invoked by the poems and shot on location in splendid 35mm. Counterpoints between Vesaas' words and Neuer's situation invoke the core problems involved in all sorts of translations. (The title, Gavagai , was the philosopher Willard van Orman Quine's famous term for a word in an imaginary language that, perhaps like life itself, can be interpreted in multiple ways.)