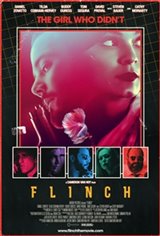 Joe Doyle is a young hitman following in his father's footsteps. While studying his new target, city council member Ed Terzian, Doyle develops a distant crush on the councilman's assistant, Mia. After she walks in on her boss's assassination, Mia is caught by Doyle who must decide whether to let her go or to dispose of her for good.

As Doyle aims the gun at her head, Mia doesn't flinch, bringing him to a crossroads. Unsure of what to do, Doyle brings Mia to his home where he lives with his overbearing mother Gloria, and holds her hostage until he can gain some clarity.

Doyle's boss, Lee and his son, James start questioning Doyle about the missing girl, and slowly he comes to find that Mia might not be entirely who he thinks she is.