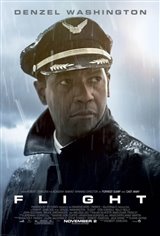 Captain Whittaker (Denzel Washington), a seasoned airline pilot, miraculously crash lands his plane after a mid-air catastrophe, saving nearly every one of the 102 passengers on board.

After the crash, he's hailed as a hero, but as the investigation grows and the blood test he gave the night of the accident shows he had alcohol in his system, more questions than answers arise as to who or what was at fault and what really happened on that plane?