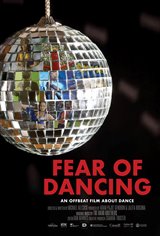 This documentary Channel original film follows Toronto filmmaker Michael Allcock’s global quest to understand why he and so many others on this planet are terrified by the simple act of dancing – what science calls chorophobia. Along the way, he encounters a celebrity chorophobe, dancing robots, virtual reality and a mysterious dancing plague.

We join him on his mission across four continents as he dives deep into the background of dance, exploring it through the eyes of those that just don’t get it.