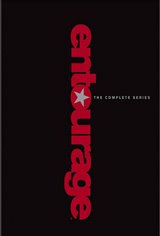 Entourage draws on the experiences of industry insiders to illustrate the excesses of today’s celebrity lifestyle, as well as the difficulty of maintaining relationships while you're living in the fast lane of show biz.

The Emmy-winning series is created by Doug Ellin, and is said to be loosely based on the experiences of his good friend, Oscar-nominated actor Mark Wahlberg, who is actually one of the series' executive producers.