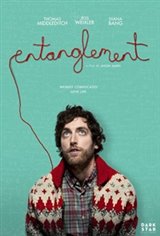 Intent on ending his misery, Ben (Thomas Middleditch) merely adds to a laundry list of embarrassments.

So it's no surprise when subsequent efforts to connect with the woman who was nearly his adoptive sister (Jess Weixler) send him into a darkly comic tailspin that leaves him questioning every relationship in his life, as well as his increasingly tenuous grip on reality.