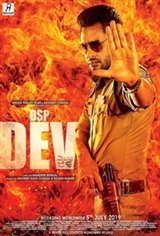 The son of an honest police officer, Dev Shergill has always coveted the job for the power it commanded. His father`s death while on duty eventually earns Dev the uniform he sought, and his utter disregard for ethics makes him a favourite with corrupt politicians.

However, a series of incidents and a startling revelation regarding his father`s death will force Dev to reconsider his principles and embark on a path of redemption.