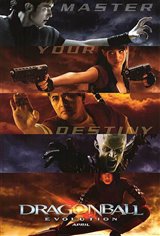 Goku (Justin Chatwin) is a powerful warrior who protects the Earth from an endless stream of rogues bent on dominating the Universe and controlling the mystical objects known as Dragonballs. Bulma (Emmy Rossum) is a beautiful woman intent on retrieving the mystical Dragonballs for her own reasons; Chi Chi (Jamie Chung) is a young martial artist who captures Goku's eye; and Roshi (Chow Yun-Fat) is Roshi, the Master who guides Goku on the young man's epic quest to save the Earth from the forces of darkness.