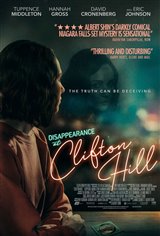 After several years away, Abby (Tuppence Middleton) returns to her hometown of Niagara Falls when her mother passes away, leaving Abby and her younger sister Laure (Hannah Gross) the family business, the Rainbow Motel.

Abby has a memory of a day their family spent on the river, when Abby was by herself in the woods and saw an injured boy being kidnapped. Terrified by what she witnessed, Abby told Laure, but no one else.

Because Abby has a habit of making up tales, no one believes her when she tries to report the kidnapping many years later. However, as she begins to delve into the mystery, she uncovers evidence that may convince the skeptics that a crime actually has been committed.