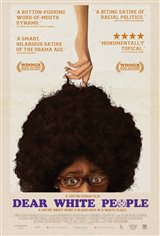 Meanwhile, Lionel Higgins (Tyler James Williams), who knows very little about black culture despite being black, finds himself in a difficult situation when he's put in charge of covering the racial controversy for the newspaper of the otherwise all-white school.