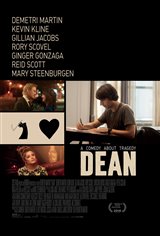 When Dean's (Demetri Martin) mother dies, he is forced to evaluate his life. He's a New York illustrator and realizes he longs for more, so relocates to Los Angeles and begins to find himself.

Still in New York, Dean's father Robert (Kevin Kline) deals with his wife's passing in a much different way. He decides that to move on, he'll put the family home up for sale. He enlists the help of a real estate agent named Carol (Mary Steenburgen) and soon strikes up a relationship with her.

As Dean and Robert cope with the loss of the family matriarch in their own individual ways, they are drawn together and end up relying on each other more than they ever imagined.