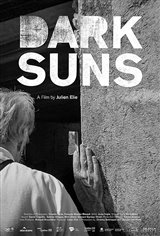 Soleil noirs (Dark Suns) is an investigative work comprised of six chapters. 1) In Mexico, in the state of Chihuahua, the murders of women and girls have been on the rise since 1993. In many cases, the killers are known to the authorities, who turn a blind eye. 2) In the working-class city of Ecatepec, corpses or bones are discovered regularly, but are met with the utmost indifference of the local government. 3) On July 31, 2015 in Mexico City, five people—a male photojournalist and four women—are murdered execution style in an apartment. No serious investigation is ordered. 4) In the Veracruz region, mass graves are unearthed by women searching for their missing children. 5) In Tamaulipas, in northeastern Mexico, cartels kidnap hundreds of young people each year to fill the ranks of their militia. 6) In the state of Guerrero, several thousand people have gone missing. The region is nicknamed "the land of the missing." These are just a few of the stories of the victims of an elusive evil that has taken over Mexico and released terror over the entire country.