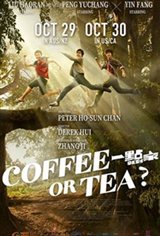 Wei Jinbei, Peng Xiubing, and Li Shaoqun are young men of very different personalities. One had tried to find success in big city e-commerce but had failed on every turn. Another is a village lad who dreams of achieving success. The third one is consumed by romantic but unrealistic visions of life.

They had separately returned from the city to an antiquated town in Yunnan, where they decided to launch an e-commerce business together. The nature of their technological pursuit puts them at odds with the fogeyish ways of the very traditional town.