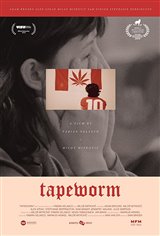 This darkly comic gem featuring an all star local cast – Alex Ateah, Adam Brooks, Sam Singer, Stephanie Berrington, Miloš Mitrovič, Jennifer Mauws, Igal Rodriguez, Sandro Debari and Slobodan Mitrovic. Tapeworm explores the lives of losers and misfits who intersect in bleak Winnipeg, a city isolated and often overlooked like the offbeat characters who call it home. A sickly man in an unhappy marriage, a stand up comedian whose sets are received with indifference, a stoner couple who share only trivial exchanges and a young loner are each living lives lost in translation, detached from their surroundings and the people around them. – VIFF

Plays with Imitations / Directed by Fabián Velasco & Miloš Mitrovič, 2016, Canada, 10 min / After getting plastic surgery to look like a famous teen popstar, an introverted super fan named Arnold begins to experience irreversible side effects as his face begins to fall apart during a night out doing karaoke.

Cinematheque at Home – curated by the Cinematheque – will offer new theatrical releases to our audience every week through Vimeo on Demand. Cinematheque at Home will offer new programs (individual feature films and/or shorts programs) each week, which our audiences can pay to stream through our website. This is not only an opportunity for our patrons to see new cinema, but is an important way that they can continue to support independent film during this pandemic.