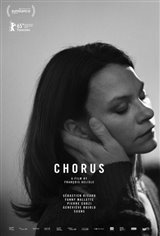 Irene, a chorister in a music ensemble in Montreal, lives a solitary life since her only son went missing 10 years earlier. It caused her breakup with Christopher, the father of the child, who has since been living in Mexico. But the death of a confessed pedophile in prison leads Montreal police investigators to where the boy was buried.

Not having the strength to face the investigation and her son’s official funeral alone, Irene asks Christopher to return home. The reasons that separated them rise to the surface, as does their love for each other.