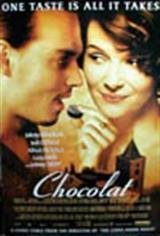 In the 1950s, single mother Vianne Rocher (Binoche) and her 6-year-old daughter move to the small French town of Lansquenet-sous-Tannes, where Vianne opens a chocolate shop, during Lent, across from the town's church (and she's open on Sundays). As you'd imagine in a small town, her wares are soon adored and consumed by the locals, but not without some resentment and opposition. In addition to Vianne's story, this is an ensemble piece drama about the many locals who frequent the chocolate shop, and the "Grand Festival of Chocolate" that Vianne holds... on Easter Sunday.