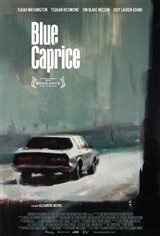 In Antigua, American John Allen Muhammad (Isaiah Washington Jr.) rescues a boy from drowning. The teen, named Lee (Tequan Richmond), has been abandoned by his mother. John, who has three children of his own, takes Lee in.

John takes Lee back to the United States, where Lee learns that John's wife has a restraining order preventing him from seeing his children. John is not only angry at his wife, but at the neighbors who testified against him during the custody hearing.

John teaches Lee how to fire a gun, and after learning that his children are with their mother in the Washington D.C. area, he buys a blue Caprice Classic. He drills a hole in the rear, large enough to fire a gun through, and heads east.

Based on the real-life Beltway sniper attacks that happened in October 2002.